Do you know what it is like to be a normal kid and then, the next thing you know, you're suddenly bionic?

Leo Dooley is one of two main protagonist of Suddenly Bionic and one of the two protagonists of the sequel Suddenly a Hero who is Tasha's son, Donald's step-son, Adam, Bree and Chase's younger brother, Douglas' step-nephew and Marcus' step-cousin/archenemy.He was the normal child in his family until Leo was given Bionics by Douglas to heal his broken sun after it was crushed by Taylor. He was trained by Douglas Davenport and granted bionic ability of Laser Sphere Generation and later, Energy Transference.

Being a teenager in high school, Leo is still trying to find his place in it and in the world. At the beginning of the series, he was in still in his clumsy phase. However, Leo can be arrogant at times, though not as much as his stepfather, Donald.He is very close with his family and will do anything to protect them, as he went the distance to save the Lab Rats from dying in the future and his willingness to prove that Marcus and his father were evil and up to something. He could also be a rebellious teenager like he's mother Tasha was when she was younger and often disobeying his father Donald or his uncle Douglas.

In Season 3, Leo had begun maturing, and inventing things without breaking Donald's things, such as inventing orbs that he invented so they could protect Adam, Bree, and Chase from Douglas and Krane. Though the orbs went haywire, but Donald admitted Leo had a good concept going on. It is shown at this point, Leo was also willing to put the past behind himself and his enemies if they show change, as he did with Douglas in "Taken" and Taylor (S-1) in "One of Us." He willingly listened to what Douglas had to say about Victor Krane and agreed to a fresh start with Taylor, eventually becoming friends with both them.

Despite not having super intelligence like Chase, Leo was quite resourceful teenager and was mentioned being the smart kid in school in the episode's premiere, mentioning it's not easy for him to Chase and the other Lab Rats. He is also quite intelligent, shown that he never liked Marcus even before it was revealed that Marcus was evil. Leo could also come up with plans for the missions, eventually becoming the team's strategic mission specialist. Like his brother Chase, Leo will sometimes remind people of the bigger picture, shown at least twice. The first time he reminded his siblings that they had to save Donald during the jet wing incident because he did the stupid stunt to give them the Lab back, causing Bree to realize their brother was right. Another time happened in "Which Father Knows Best?" where Leo told Douglas to get past his rivalry with his brother after Leo told him Donald couldn't fix Bree's chip when she broke it because Bree was more important. Additionally, Leo scolded his siblings for causing a blackout and fighting in "Rise of the Secret Soldiers." He also easily deduced that Douglas was behind cyberhacking Donald back when he was evil. Characters such as Douglas has said that Leo is a smart kid ever since the Marcus incident.

Ever since his mother married Donald, Leo remained supportive of her decision. After meeting his siblings, he wanted to become bionic like them, dropping hints to Donald. However, Douglas later gave Leo bionics to save his arm. The boy was excited but reckless with his bionics, something that caused Leo to connect Daniel with. Like his uncle and brother, Leo felt overshadowed by his older siblings, similar to how Chase felt when Adam and Bree are praised more than him in "Avalanche" and how Douglas felt with Donald all of his life. This is shown in "Lab Rats: On the Edge," where he expresses hope that his siblings don't see him as just their little brother. After saving Chase and taking charge, Donald realizes Leo is ready and levels him up to mentor, where Chase tells Leo he is proud of his little brother. He also expressed hope to Bree and Chase that he would see his brother and sister again.

In suddenly bionic Leo shows a more vulnerable side that wasn't even explored in the show. When he first got bionics, Leo was terrified unlike the show. However with help from Douglas and his siblings and parents, Leo is able to get back up on his feet again. He later feels guilty of not being able to prevent Krane from attacking Donald and despite Douglas telling Leo that it was no one's fault, but he still can't help but feel it is he is the one to let blame on himself. 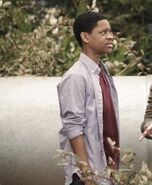 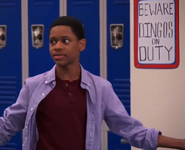 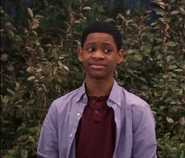 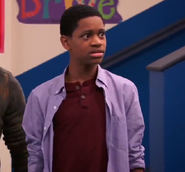 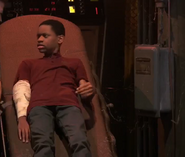 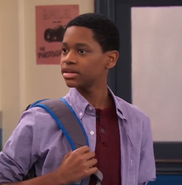 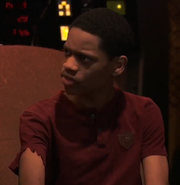 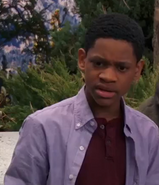 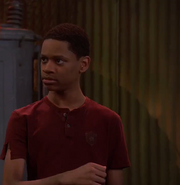 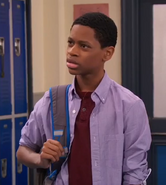 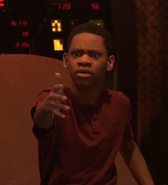 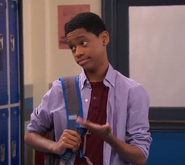 Add a photo to this gallery
Retrieved from "https://suddenly-bionic-lrfanfic.fandom.com/wiki/Leo_Dooley?oldid=1143"
Community content is available under CC-BY-SA unless otherwise noted.